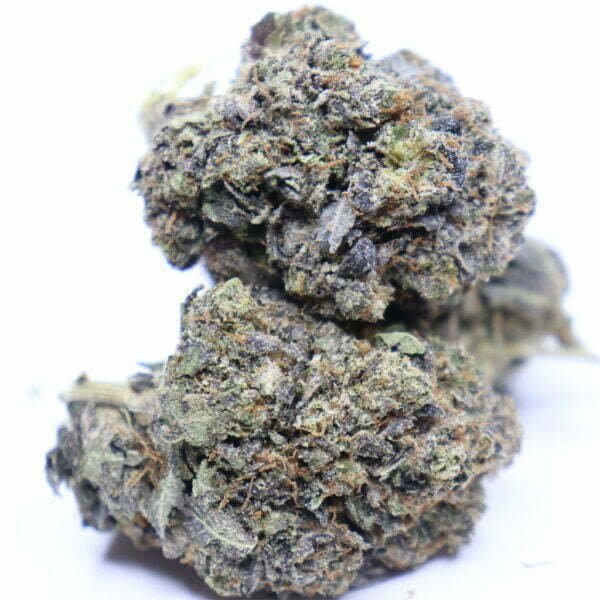 A super potent indica, this strain will have you feeling gassed in no time! A British Columbian legend in its own right, Black Gas is a near pure indica that is made by crossing The Black and Gas Mask strains, which are both already recognized as extremely heavy strains. Having been around since the 1980s, the strain has really made a name for itself and is widely regarded by medical users of cannabis and lovers of strong indicas alike as it offers a long, sedative high that is strongly effective for pain relief, acts like a sleeping aid, and is simply super relaxing! Treat yourself to this narcotic-like bud after a long hard day and melt away into utter sensational bliss!

Effects
Black Gas is not recommended for amateurs as it is highly effective on even the most seasoned of cannabis users, though don’t let its strength intimidate you if you are seeking a potent indica for your personal needs! The high of this strain starts off with cerebral effects that will already begin to relax you, and as it progresses, you will be lulled into a physical state of relaxation as well. Peace and calmness will wash over you, feeling almost sedative-like in nature, so you can be sure of a couch lock with this one! Because of this, evening or at home usage is recommended as you’ll be feeling like you’ve been gassed, and eventually will be falling into a long and deep, well-deserved snooze that you didn’t know you needed! With this combination of effects, it is suited for treating chronic pains or sores, muscle spasms, headaches or migraines, as well as stress, anxiety, PTSD, insomnia and nightmares.

THC Content
A pure indica breed, the Black Gas strain averages from 15% upwards of 25% THC potency, a potency that is well above average! Though even so, its heavy effects are more so what make the strain appealing rather than its numbers. Its parent, The Black, is another heavy indica dominant hybrid with 90% indica to 10% sativa. It averages at 30% THC, and its genetics remain a mysterious secret! Its other parent, Gas Mask, has 70% indica dominance to 30% sativa and offers up to 29% THC on average with 1% CBD. A rather rare find, this hybrid was created by crossing not two or three, but four strains! Cherry Pie, Fire Alien Kush F2 are crossed, and depending on the breeder, crossed again with either a repetition of the same Cherry Pie and Fire Alien Kush F2, or with a combination of Cherry Pie and Starfighter.

Appearance & Aroma
While the small shape and size of Black Gas nugs can seem underwhelming, a closer look reveals an otherwise beautifully alluring strain. They are a bright, vibrant green with splatters of gold. These are further decorated by distinct violet hues which can vary from light to dark, almost appearing black–a result of this strain’s anthocyanins and depending on their growing conditions–a rich appearance that is almost a rarity amongst cannabis flowers. This attractive blend of colours are topped with frosty crystal trichomes, giving the appearance 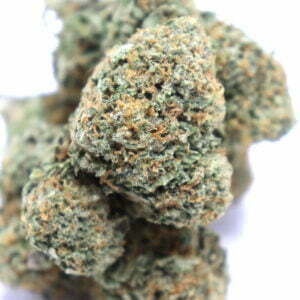 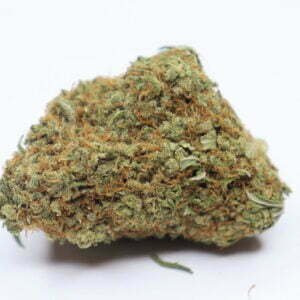 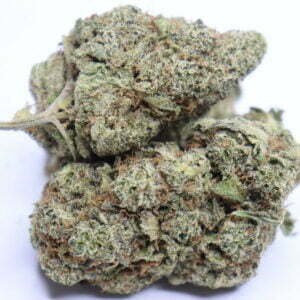 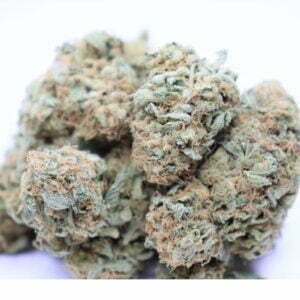